Sloan and the Wood Family Foundation: Mentoring for Chicago’s Future

“Mentoring is the best way to create positive long term effects for a child, a family, and a community, to help them thrive,” says Sloan President and CEO Graham Allen. “It helps kids have a voice and an identity. It teaches them leadership and individuality, and helps make them better people.”

Allen is describing the mission of the Wood Family Foundation, where Allen is a board member. He recently attended the Foundation’s 5th Annual Storybook Gala—of which Sloan was a Platinum sponsor—and shared his thoughts on the event, Kerry Wood, the Foundation, and the work it does.

“A Big Acknowledgement That We’re Making a Difference.”

Allen called the Gala “an incredible success.” One highlight was the speech by Doug Scott, President of A Better Chicago, upon receiving the Pitch In for Excellence Award. 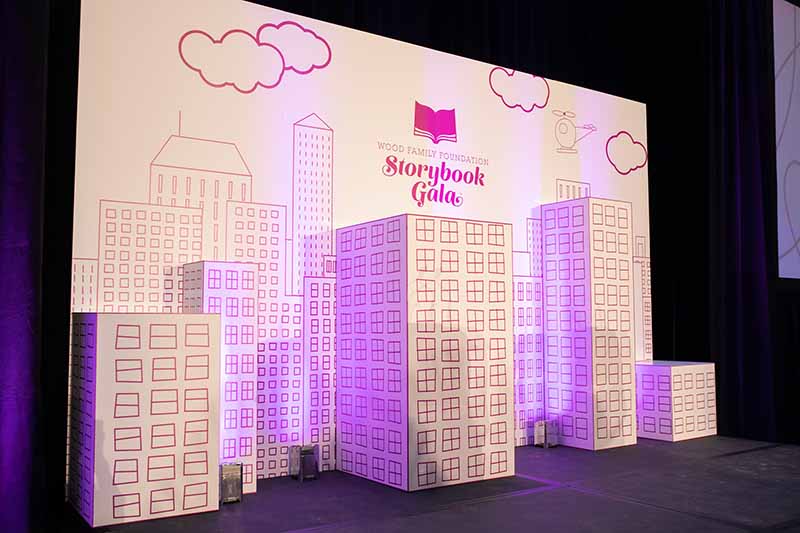 A Better Chicago invests in a portfolio of Chicago’s best non-profits, harnessing “best practices from the public and private sectors to find, fund and scale ideas that have the greatest potential to drive impact.”

“His speech was extraordinary,” says Allen. “He said they looked at more than 700 organizations and chose to support 11. It’s a terrific honor to be one of those recipients, and is not something that we take lightly. For a small organization like the Wood Family Foundation it’s a big acknowledgement that we’re making a difference.

“Now we’re in four schools in some of Chicago’s most at-risk communities. Our first class just graduated up to high school. It’s a big deal.”

“He Does Not Want to Let People Down”

In addition to serving on the board of the Foundation, Allen is a friend of co-founder (and former Cubs’ pitcher) Kerry Wood. He shared some insight into this widely recognized Chicago figure.

“What’s unique about Kerry is that he’s a native Texan, but he truly considers Chicago his home. He understands that these fans have given him and his family his success and he’s endlessly appreciative.

“Sometimes fans can get resentful when someone’s career is beset by injuries, but through generosity and work ethic he’s been able to rise above that. He’s always maintained a positive image due to his genuine spirit—he does not want to let people down. He’s made his post-career family life here, and now he focuses on those who did not have the opportunities he had.

“Before they founded the Foundation, he and his wife Sarah used to do one-off, Cubs-related fundraisers, raising money to buy kids jackets and backpacks. But they wanted to make a more lasting change that would be more impactful for neighborhoods, and that’s what led them to develop this mentoring program.”

“Kids and Parents Want to Be Part of the Program.”

Allen says, “Kerry and Sarah realized that kids from 4th to 8th grade were missing important social and emotional learning. There are programs and counselors for high-school-age kids, but a dearth of resources for the 4th to 8th grade—and those can be the most formative years.”

The Wood Family Foundation Pitch In After-school Program, first introduced at Lawndale Community Academy, brings adult mentors and students together for unique enrichment experiences. “Kids and parents want to be part of this program,” says Allen. “It’s an honor to be enrolled, because they do things average kids don’t get to do.”

“We have a five-year plan to be in 10 schools, serving hundreds of kids with dozens of mentors,” Allen says. “We can raise money, but the tough part is getting dedicated people to be mentors. It’s a big time commitment, but when you see the kids firsthand, you want to participate more.”

“This is Our Home Town.”

Sloan is an active supporter of many charities founded by current and former members of the Cubs’ organization, including Theo Epstein’s Foundation To Be Named Later and campaigns led by first baseman Anthony Rizzo, outfielder Kyle Schwarber, pitcher Jon Lester and former pitcher Ryan Dempster.

Those are only a few of the Chicago-based initiatives Sloan supports. Allen explains, “We’re very active in giving back to our community because the better Chicago is doing, the better a company headquartered here can do. This is our home town, and we understand there are parts that need a lot of help.”

The company’s involvement with the Wood Family Foundation goes beyond Allen’s role on the board. “We adopt an entire classroom. We put the kids’ names, ages and what they want for Christmas on a card and hang it on a tree in our office. Employees pick a card and buy the gifts. Santa sometimes doesn’t visit these houses, so it’s exciting for the kids—and for us.”